Toronto, Ontario, January 11th, 2021 – Ubique Minerals Limited (“Ubique”) (CSE:UBQ) has received assay results for the first two drill holes completed on its Daniel’s Harbour zinc project, which were drilled in the PE Zone to test for eastern and southern extensions. Both were successful with the south side hole, UM-37, intersecting 10.63 metres of 4.02% zinc including shorter intervals as high as 25.40% zinc in a vertical hole starting at 58.17 metres.

Notable, hole UM-36 was drilled vertically farther east than any hole drilled so far and intersected 10.50% zinc over the very last 0.30 metres of the hole depth from 85.20m. Results are listed in the table below and the locations of the holes are shown in the attached plan which distinguishes between high and low grade intersections in holes. The plan shows the location of a section east-west across the area showing the significance of hole UM-36.  The sediments including the stratabound zinc zone dip easterly across the section at about fifteen degrees but just west of hole UM-36 the hosting stratigraphic units thicken considerably and the zinc zone steepens its dip.

Gerald Harper, CEO, said “These new results are compelling as they demonstrate the potential for more high grade areas beyond the historical mine zones. The high grade intercept in hole UM-36 is particularly welcome because it is the most easterly point yet drilled. We are eager to follow up hole 36 with an adjacent hole to a deeper depth to reveal the full width of the zinc zone. The steepening of dip and thickening of strata indicate is a possible collapse structure which may be related to one or more faults.  Such features can host substantial zinc mineralization. These results are a very positive contribution to our efforts to revive the high grade Daniel’s Harbour zinc project”.

All assays were undertaken by Eastern Analytical Ltd of Springdale, Newfoundland and Labrador. Eastern Analytical is I.S.O. 17025 Accredited in Fire Assay Au, as well as in multi-acid ore grade assays in Cu, Pb, Zn, Ag, Fe and Co. Standards and blanks were inserted by the company and the laboratory and all reported within acceptable limits. The intervals assayed in the drill holes are estimated to be 95 – 98% of true widths of the mineralized zone assuming a dip of the zone of 10 – 15°. The following illustrations are also available on the Ubique website at www.ubiqueminerals.com 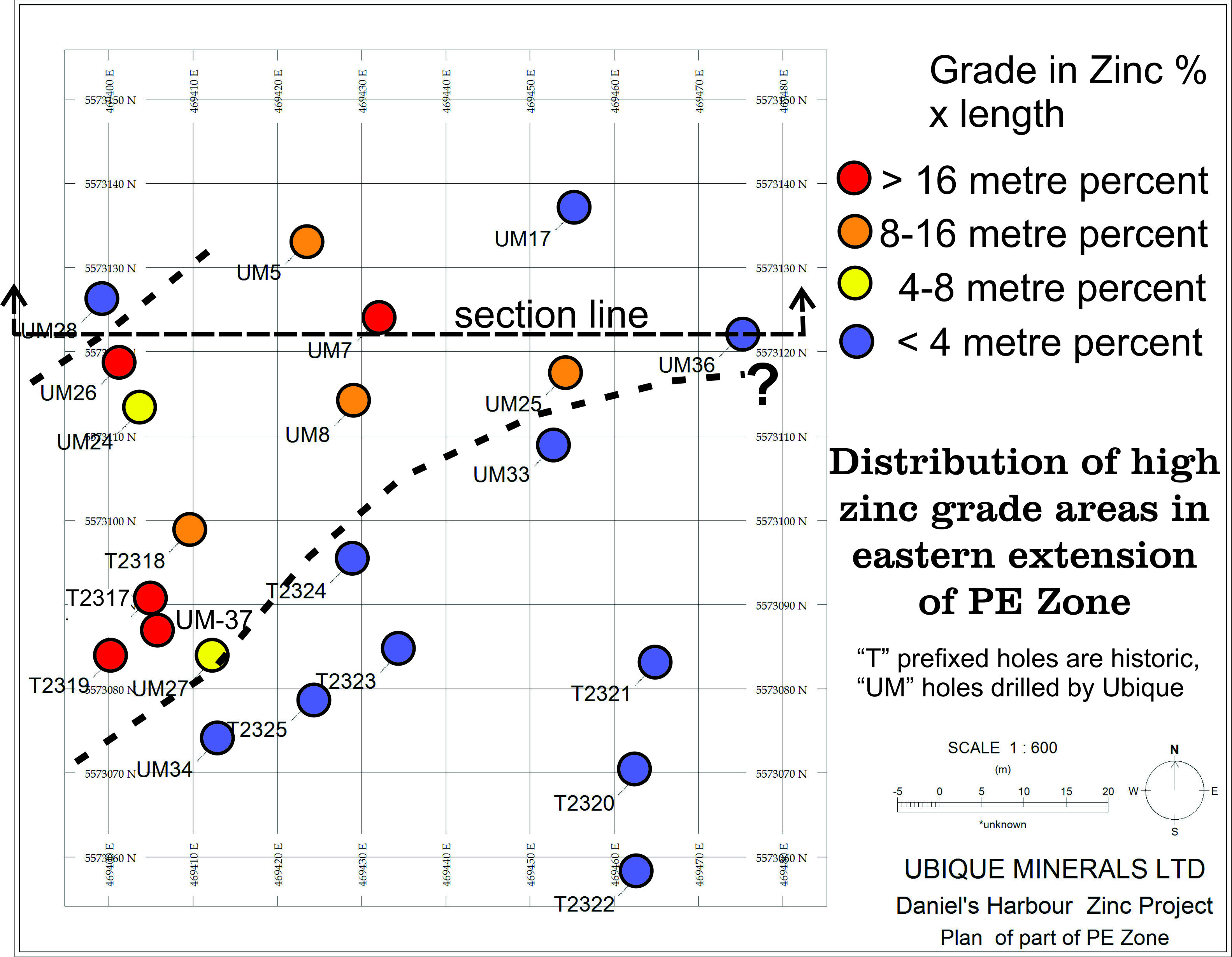 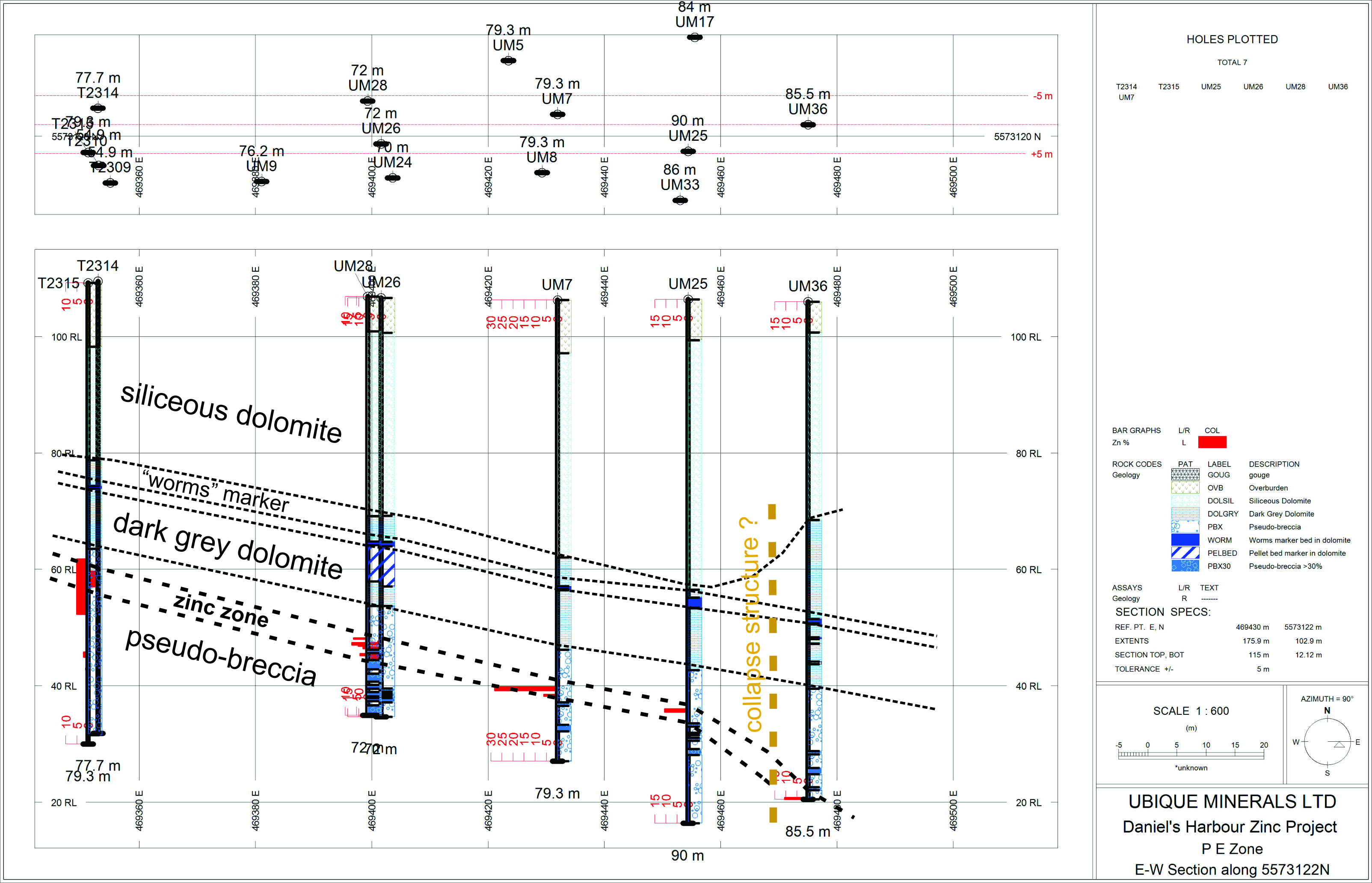