Zinc mineralized intervals identified in the core logging were sampled by half core sawing, with one half of the core shipped to Atlantic Analytical Laboratories of Springdale, Newfoundland for assaying. Atlantic Analytical is an ISO 17025 registered laboratory. Appropriate standards and blanks were inserted into the samples sequence for quality control in accordance with Ubique’s standard QA/QC protocol which was developed for the drill program in 2018 (see press release dated November 30th, 2018).

Each of the recent drill holes was collared within 1 metre of the collars of the historic holes and like the historic holes were drilled vertically. The historic holes were drilled with a smaller diameter core recovery (AQ – 27mm diameter approximately) than the recent drill holes which were B-thin wall core size being approximately 36mm in diameter. Holes drilled with smaller sized drill rods may deviate more from their original orientation as the holes progress deeper.  Therefore it is possible that even though the pairs of holes were collared only 1 metre apart, there spacing at the depth of the mineralized interval could have been greater. Down hole surveys were not made on either the historic or recently drilled holes so no estimate of possible deviation can be made.  Such deviation would also affect the recorded depth of the mineralization in each hole which could explain why the variation of intervals recorded by the new and old drill holes is greater with greater depth. As holes deviate from vertical they no longer cut the zinc mineralized zone as a true thickness.

Gerald Harper, CEO of Ubique commented that “given the problems involved in twinning drill holes as described, the results of the comparative assay intervals confirm that the historic drilling and assaying can be considered as valid and therefore will require considerably less additional diamond drilling to further explore these “1386 and Nose zones of zinc mineralization”.

Ubique owns 85 Mineral Licenses located in the Daniel’s Harbour area in Newfoundland, Canada, covering more than 21 sq. kms, in two blocks and has another 42 Licenses covering 10 sq. kms. under option from MinKap Resources Inc. The Ubique Licenses cover three zones of zinc mineralization, namely P Zone, Cobo’s Pond and Tilt Pond. The P Zone is where Ubique completed most of its 2017 and 2018 drilling programs, the highlight of which was a true width intersection of 13.6% Zinc over 12.2 metres including 17.43% Zinc over 8.6m. More than 20 historic and recent drill holes in this target area have intersections with greater than 4% zinc over at least 2 metres true widths and demonstrate the zone extends for at least 150 metres. The KAP Option claims cover areas of the historic mining activity and research identified five high priority drill target areas. The former drilling at each of these sites is considered as historic and not acceptable under the criteria defined by National Instrument 43-101 without demonstrated duplication and validation.

The zinc mineralization intersected is a very pale coloured sphalerite, characteristic of a low-iron, Mississippi-Valley-Type carbonate rock geological environment analogous to many large deposits in north America. Seven million tonnes, averaging 7.8% zinc, were mined from the former Daniel’s Harbour mine and processed on site to yield a very high grade concentrate for shipping from a nearby deep water port facilities to a custom zinc smelter. (Wardle, R.J. (2000) Mineral Commodities of Newfoundland and Labrador - Zinc and Lead; Government of Newfoundland and Labrador, Geological Survey, Mineral Commodities Series Number 1).

Ubique Minerals Limited is a zinc exploration company listed on the CSE (CSE:UBQ). It has focused on exploration of its 100% owned Daniel’s Harbour zinc property in Newfoundland, and was initially funded for two years by private equity including that from Greenbank Capital Inc (CSE:GBC and OTCMKTS:GRNBF and FRA:2TL).  Ubique became a publicly listed company in September 2018.  Ubique undertook one drilling program on its Daniel’s Harbour zinc project in 2017 and two more drilling campaigns in 2018 which were successful in delineating zinc mineralization extending from the vicinity of former mine workings. Ubique has an experienced management group with a record of multiple discoveries of deposits worldwide, and has an extensive database of historic exploration results from the Daniel’s Harbour area. For more information on Ubique please contact Gerald Harper, CEO, at (416) 232-9114 or by email gharper@ubiquezinc.com or  see www.ubiqueminerals.com

Dr. Gerald Harper, P.Geo.(Ont), the CEO of Ubique, is the qualified person as defined by NI 43-101 responsible for the technical data presented herein and has reviewed and approved this release.

More information regarding Ubique’s exploration activities and results will be found on their website at www.ubiqueminerals.com 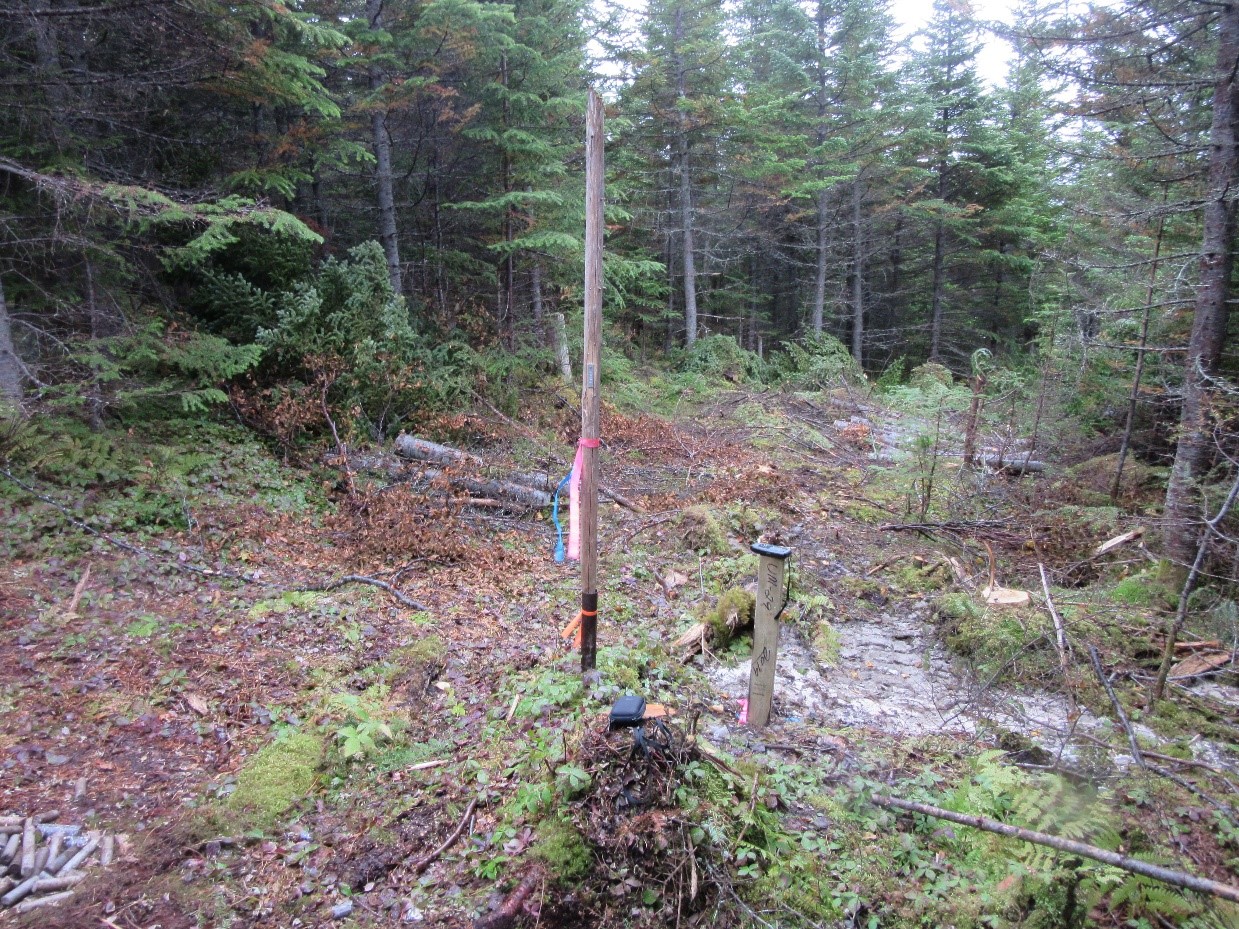 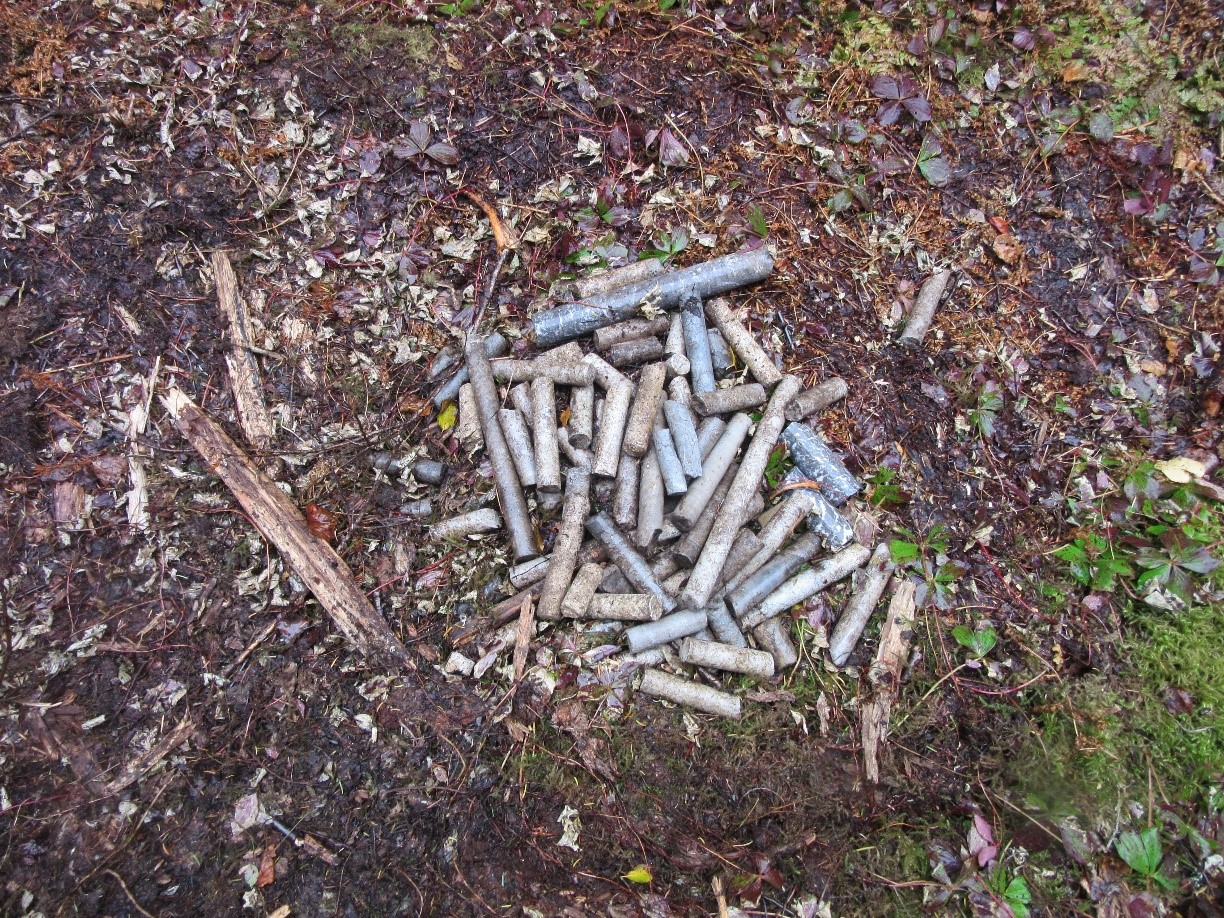 Comparison of sizes of A and B core.